Windows 8 was a major misstep for Microsoft. Instead of giving people an improved version of the familiar desktop interface they’d been using for 20 years, Microsoft went with a new touch-friendly tile-based Start screen.

The change was so drastic that it ended up scaring off consumers and enterprise users alike.

But a new Windows is on the horizon, in the form of Windows 10. And though the new OS will be used on PCs, tablets, and smartphones, it won’t look the same on every platform. On PCs, the interface will harken back to the familiar desktop style of Windows 7, with some added spice from Windows 8.

These are the top five reasons why Windows 10 looks like a winner for PC owners. But don’t hold your breath: We won’t see the shipping version of Windows 10 until 2015.

1. The Start button is back.
For years, the first thing people saw when they booted their PCs was the humble Windows Start button. But the little guy was nixed from Windows 8 in favor of the Start screen. 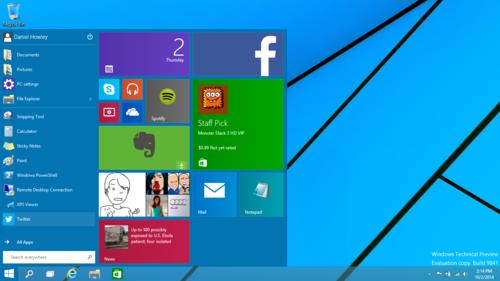 With Windows 10, however, Microsoft is bringing back the Start button. You can finally see all of your programs nested in its menus, and shutting down is once again an easy click away.

What’s more, Windows 10 lets you add some of those nifty Windows 8 app tiles to the Start menu. It’s the best of both worlds. 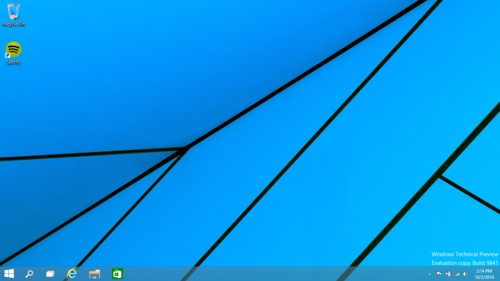 The Start screen interface worked well with tablets, but Microsoft wanted desktop and laptop owners to interact with the Start screen, too, even if their computers didn’t have touchscreens.

Windows 10 puts the desktop back in its rightful place, front and center as soon as you start up your computer. In fact, the touchy-feely Start screen is entirely gone from the PC version. The only remnants of the interface are the aforementioned app tiles that appear in the Start menu.

3. Continuum mode.
Microsoft hasn’t completely axed the Start screen interface, though. It will still be available to people who own 2-in-1 laptop-tablet hybrid computers.

Read more: Smart, Versatile Surface Pro 3 Can Do It All — Maybe Even Lift the Windows 8 Curse 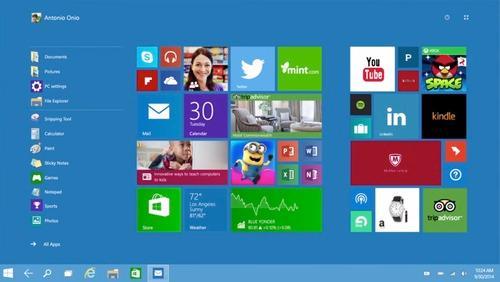 The feature works by recognizing how you’re using your device. So if you have a Surface Pro 3, for example, Windows 10 will run in tablet mode, emphasizing the Start screen.

Connect the Surface’s keyboard attachment, however, and Windows 10 will switch over to desktop mode and all the features it includes.

4. Windows apps.
Microsoft introduced its own apps with Windows 8. And though they were beautiful, you could use them only on the Windows 8 Start screen. Windows 10 changes that, letting you open and use Windows 8 apps on the traditional desktop. 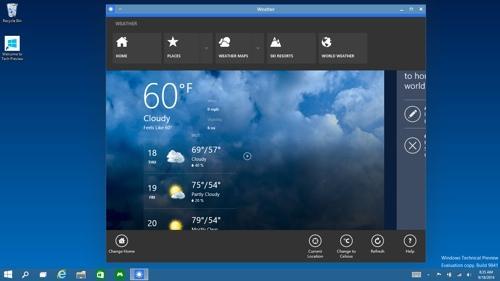 Better still, the apps don’t take up the whole screen anymore, because they run in actual windows, meaning that you can move and resize them as much as you want. 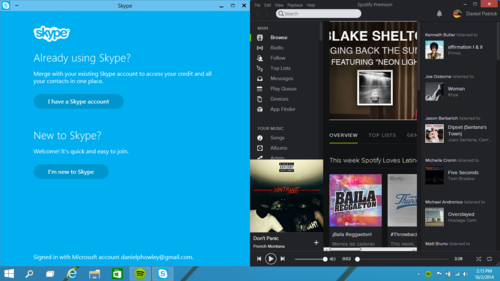 Windows 8’s Snap feature, which lets you move apps to either side of the screen, also returns in Windows 10. This time, though, you can snap both Windows 8 apps and regular programs to either side of your screen. It should make multitasking worlds better.

6. Task view.
Windows 10’s new Task view is similar to the Mission Control feature found in Apple’s OS X. From Task view, you can open multiple desktops, each with their own apps. That should help you crank your productivity up to 11 with ease. 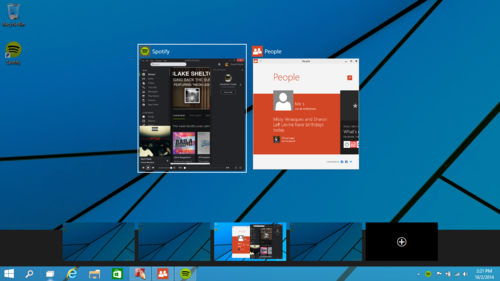 What’s more, when you move your pointer over a desktop, you can see what apps are running on it, so you don’t have to search each desktop to find where you last left off.

The outlook
Windows 8 has been a headache for Microsoft, but Windows 10 is well on its way to righting its predecessor’s wrongs. Still, there’s a long way to go before this operating system is finished. We’ve only begun to scratch the surface of what Windows 10 has to offer. But from what little we’ve seen, Microsoft is on the right track.