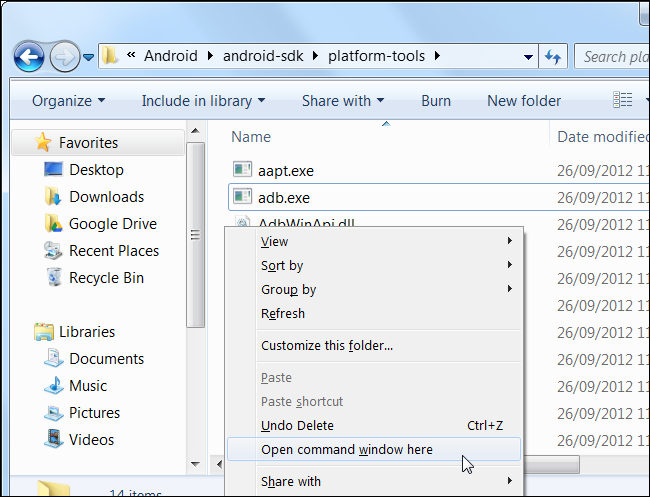 To test whether adb can communicate with your device, run the following command:

You should see a device in the list – if you see no devices, adb can’t communicate with your device because its driver isn’t installed properly.

Backing Up Your Device

You can now use the adb backup command to back up your device. To back up everything, run the following command:

This backs up all your installed apps (APK files) and shared storage (SD card) data to the C:\Users\NAME\backup.ab file on your computer. Replace NAME in the command with your Windows username or provide another location for the backup file.

After running this command, you’ll have to agree to the backup on your device. You can also encrypt the backup with a password here, if you like. 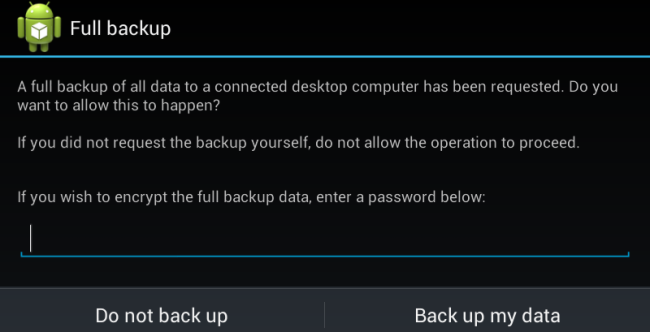 Depending on how much data there is to back up, the process may take some time.

To restore your backup in the future, run the following command:

You’ll be asked if you want to do a full restore – this will replace the data and apps on the device with the ones from your backup. If you encrypted the backup with a password, you’ll have to enter the password to restore it. 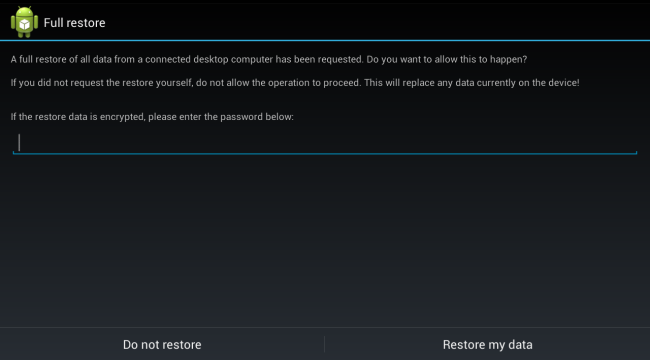 This is a useful feature, but the complexity of using the Android SDK to create and restore backups is a bit much for the average user. Hopefully this feature will be given a convenient button in Android’s interface in the future.